Amy is Social Pet's Co-Founder and Chief Strategy Officer. She has a Bachelor’s Degree in Middle Childhood Education from Ohio University and a Master’s Degree in School Counseling from the University of North Carolina at Charlotte. She also earned her Certificate of Leadership and Change from Queens University of Charlotte. During her time as a teacher and administrator, she recognized the power of differentiating instruction to meet each child’s individual needs and wanted to translate that to the pet care industry. Amy has a passion for raising awareness of the need for independent certification in the pet care industry and currently serves as the Vice Chair of the Professional Animal Care Certification Council (PACCC) board and the chair of the International Boarding and Pet Services Association (IBPSA) Education Committee. She is also a Certified Professional Animal Care Operator through PACCC and one of only three people in the entire state of North Carolina certified to operate a pet care facility.

Bill is Social Pet's Co-Founder & Chief Executive Officer. His leadership experience began as an Eagle Scout in Lawrenceburg, TN, before attending The Citadel, The Military College of South Carolina. That fall, he Enlisted in the SC Army National Guard and spent each summer at Fort Benning, GA in Basic Training and Infantry School to help pay for college. Bill spent the last summer between Junior and Senior year training at Fort Lewis, WA, right after he and Amy met. Upon graduation, he earned a Commission as an Army Officer and Branched Armor.

Amy and Bill were engaged the summer of 2006, after college, and within that same month, he was notified that he would deploy to Afghanistan with a Cavalry Unit the following winter. A one-year engagement turned into two while they spent the majority of that time apart during the deployment. Bill would return from Afghanistan in May of 2008 and begin a civilian career in Commercial Property Management with The Bissell Companies (now Northwood Properties) while continuing “part-time” with the SC National Guard. During the following few years, he would further his career as a General Manager at JLL while earn an MBA from Queens University of Charlotte where the idea for Social Pet Hotel was born. Bill currently serves on the board of the International Boarding and Pet Services Association (IBPSA).

Today, they live in Fort Mill, South Carolina with their son, Cooper, 3 dogs (Eddie, Jo Jo and Macie), and some cool fish. 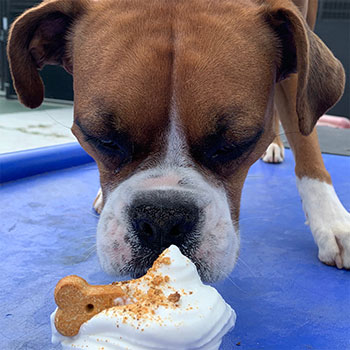 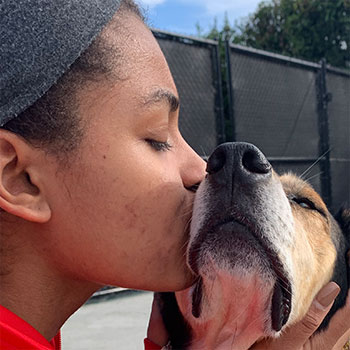 Grooming Spa Treat your dog to a spa day and help them feel their best! 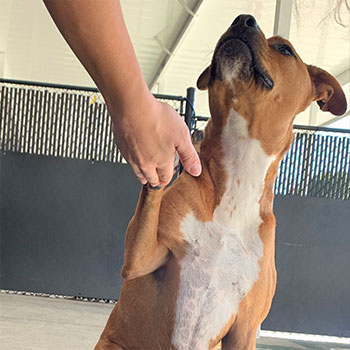 Training Unlock your dog’s full potential at our Canine Prep School.
what to expect as a
Pet Parent
We are committed to developing long-term relationships as we partner with you in the lifetime care of your pet. Here’s how we do it.
Live Stream
Webcams

Umbrellas to Borrow
on Rainy Days